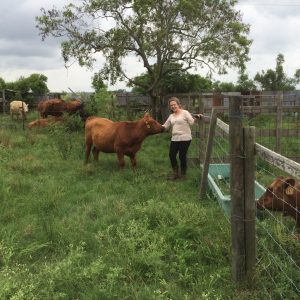 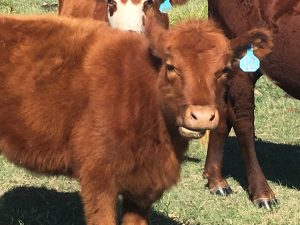 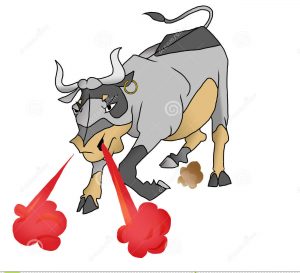 Meanwhile, Back at the Ranch 2

Meanwhile, Back at the Ranch 2

Expanding on our lessons…learning from cows and cow people…

Cows are pretty self-sufficient – and in our case, they need to be.  We live 3 1/2 hours south of the pastures they call home, and we get up there to check on them about every 7 – 10 days.  My husband has assured me they will be all right, and with the landowners living onsite and neighbors all around, I know that is true…yet…I still whisper a prayer each time we pull in that half-mile long driveway.  And, you know what?  They’ve been ok – maybe a tad bit lonely – but ok.  It is amazing how glad they seem to see us when we pull in – they come running!  And we are happy to see them as well. 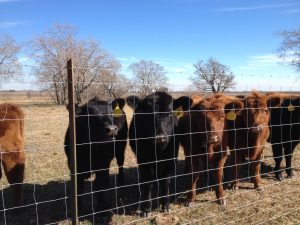 Ask any cow, and she’ll tell you “I really don’t need my humans to help me be a cow.  I eat and drink what I need as long as my humans make sure it is available and I tend to my young’uns (and/or other young’uns if their moms don’t seem to be doing a very good job).  I stand up to the bull – and for the bull – so he can do his job, and when I relax and chew my cud, I’m thinking life is good!” 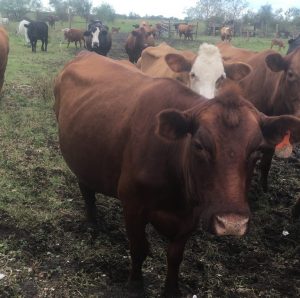 Leader of the Pack

Now, we don’t ask just the cows; there are plenty of knowledgeable humans that have learned how to work with nature to raise cows that can take care of themselves.

One of the email groups that has become a “go to” resource for us strongly encourages building your herd into one filled with – LOW INPUT/LOW MAINTENANCE – “I don’t need your help” kind of cows.  In other words, “you don’t want any of those ‘High Maintenance Ladies’ in your pasture!”  The thinking is that with the right genetics, you can bring a lot of the good into your herd –  increased milk quality, improved maternal instincts, reduced horn fly attractiveness, reduced internal parasite pressure, increased docility, etc.  You name it, you can select for it – that’s the theory.  But putting that theory into practice and deciding which of our girls to get rid of, that’s the hard part!  Watching carefully so that we can make the best decisions as to which cows to keep and which ones to cull has become one of our big jobs – lot of notes and lots of time spent just walking in the pasture.  We just gotta be careful that we don’t bring in too much of one good thing and squeeze out room for any other good traits.  What we’re after is a well-rounded cow – an “easy keeper.”  If a cow is not an “easy keeper,” life is not so good for them or us!

We learned this early on…

Meanwhile, Back at the Ranch 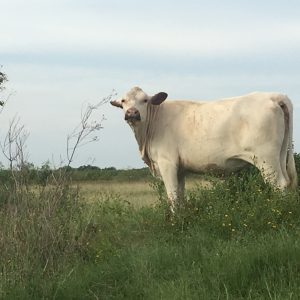 Meanwhile, Back at the Ranch

I moved to Texas from the midwest back in 2005. One big difference in the landscape was the presence of cows – lots of cows. And boy, were they PRETTY! As we drove across the state to meet and service our customers, I would comment to that effect – “those cows sure are pretty.”

Then, 5 years ago, when I returned from visiting family in the midwest, my husband greeted me with “we’re going to get in the cattle business!” He says his decision was made because of my ongoing admiration, but I’ve reminded him that I have mentioned that a lot of other things are pretty (houses, for example), and we haven’t bought a new house.

Anyway, in November 2011, we started a new venture – cattle ranching. And, what an (ad)venture it’s been.

I grew up on a farm, but a cow-less one, so these marvelous creatures are a new experience. In some ways, it’s like having a lot of over-sized dogs as they clamor for attention and come running (udders swinging and all) when they see us putting out their treat bowls (they love alfalfa cubes). It’s been hard to remember that we’ve been advised not to “fall in love” with any of them.

So, what have we been learning in the last 5 years?

I’ll be expanding on our lessons…

Our cows remind us quite often that they have a LOT to teach us!!

And, we’ve also discovered there are a LOT of knowledgeable people out there; you just have to find them.